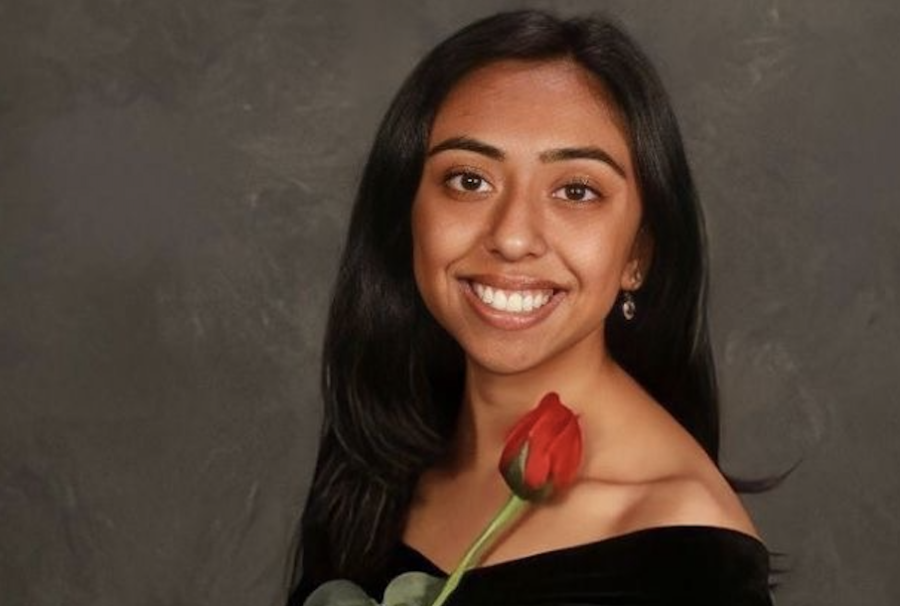 A diligent leader and a talented student, Mansi Chhangawala ‘23 has kicked off the year as September’s Senior of the Month.

Business, business, and business. Ever since Chhangawala entered the doors of Edison High School she has set her mind on one thing: her focus on the business world. She found an opportunity to explore her interests in the Distributive Education Clubs of America, otherwise known as DECA. DECA, according to its website, “prepares emerging leaders and entrepreneurs for careers in marketing, finance, hospitality, and management.” During her first two years in the club, she was able to compete in regionals and states under topics she was interested in, such as principles of finance and hospitality management. After working hard during her years as an underclassman, she ultimately became the co-president of DECA.

Chhangawala is also a part of other clubs at Edison High School. Since her freshman year, she has been a part of the Rotary Club, a club geared towards changing local communities in order to help change the world.  She became its Treasurer during her junior year, and she became Co-President recently. Chhangawala is also the Vice President of the National Honor Society while also being a member of the National Spanish Honor Society and National Business Honor Society.

However, her passion does not stop at the doors of a single extracurricular club. Chhangawala has always been fond of finance and economics, so she took AP Economics during her junior year. The class was taught by Mrs. Tierney, who allowed Chhangawala to have one of the best experiences in high school.

“All the teachers are super helpful, give extra help whenever you need it, very inspiring and also uplifting too,” said Chhangawala.

Chhangawala credits business teacher and advisor of DECA Mrs. Lynne Tierney and AP Physics teacher Mrs. Kruti Singh for putting her on the path to becoming the person she is today.

“What wakes me up every morning is to know that every day is a new day, there are new challenges, and new experiences,” Chhangawala says. She firmly believes that success is not something that is predetermined, but something that you must put your mind and effort into to achieve. She believes success is different for everyone, and it’s when you’re “content with what you have done.” For her, success is getting a bachelor’s degree in finance and economics. After graduating, she wants to work in a financial firm and live a life full of joy and her favorite dessert, mint chocolate chip ice cream.