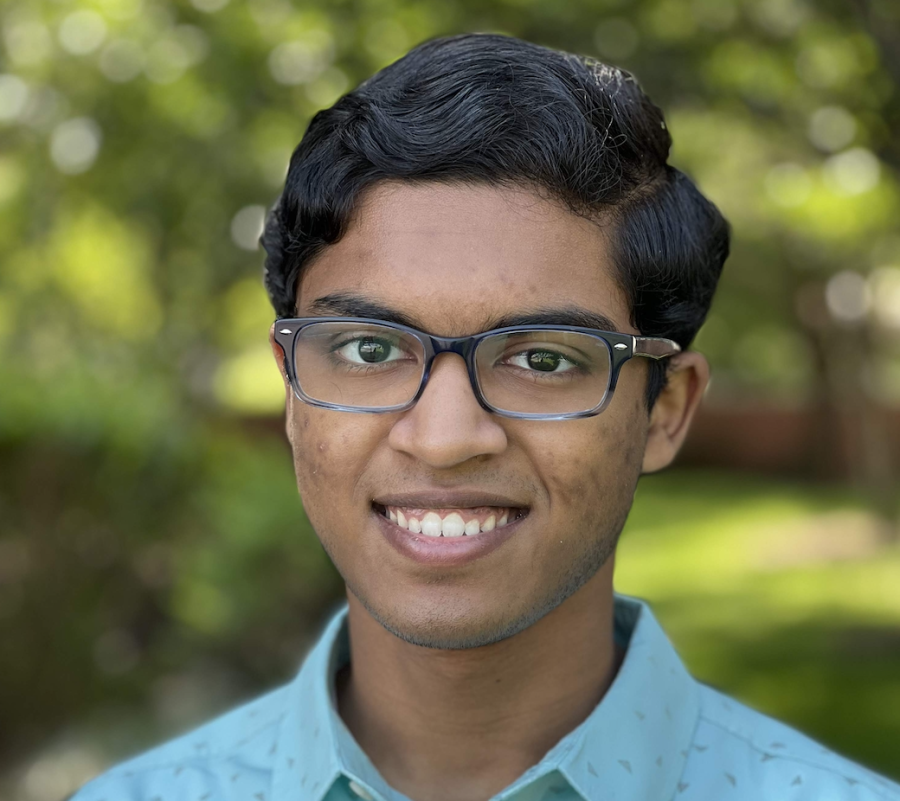 The Edison High School community commends Vinay Menon ‘23 for being selected as the Senior of the Month of October. Menon has proven himself to be an exceptional student and leader throughout his academic career and extracurriculars.

As a member of the EHS STEM Academy, Menon balances his extracurriculars with a rigorous academic course load. As Co-President of Quiz Bowl, a member of the Wind Ensemble, the Executive Officer Model UN, and Co-Captain of the Science Olympiad, among other clubs, Menon is heavily involved in the communities of Edison High. His role on the Quiz Bowl board allowed him to compete at the National Quiz Tournaments’s 2022 High School National Championship Tournament in May, along with his fellow board members.

“The Atlanta trip, also last school year, was for the NAQT High School National Championship Tournament for Quiz Bowl, and it was so rewarding to compete one last time with last year’s senior members at such a high stage,” Menon said. “We also managed to place well—60th overall—and I am proud that I could contribute to this achievement.”

Additionally, Menon had the honor of attending the Governor’s School of Engineering and Technology at Rutgers this past summer, in which he and his team worked to write and publish a research paper during a four-week long program.

“The program [GSET] exposed me to such exciting aspects of modern science and engineering, and I loved the opportunity to meet and work with so many brilliant, passionate students and mentors,” Menon said. “GSET was one of the most formative single experiences I have had since it was such a packed, hectic month that all of us had to work through together.”

Reflecting on his high school experience, Menon would like to convey the following words of advice to his underclassmen:

“Definitely talk to people! Sometimes it’s difficult to overcome silences between you and someone else, but behind every face is another personality that, in the grand scheme of things, has a lot in common with you. If only we could recognize and respect this shared human experience, we may overcome those fears of each other and learn to work cooperatively.”

Post-graduation, Menon would like to major in electrical engineering and music.